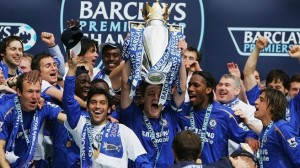 WHO ARE THE CHELSEA OLD BOYS?

The Chelsea Old Boys squad consists of 25 former Blues from the Seventies, Eighties and Nineties who continue to play the game they love in order to raise money and awareness for the Chelsea Past Players’ Trust and a variety of international charities.

The Chelsea Old Boys play a number of games throughout the year, ranging from charity matches to corporate events. Most of the players came through the Chelsea ranks and still remain loyal Chelsea fans.

Chelsea Football Club are an English football club based in West London. Founded in 1905, they play in the Premier League and have spent most of their history in the top tier of English football. Chelsea have been English champions four times, FA Cup winners six times and League Cup winners four times. They have also been successful in Europe, winning the UEFA Cup wnners’ Cup twice. 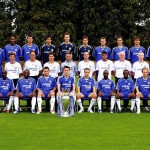 PLAYER OF THE YEAR

‘I love the club since I started playing, and I feel at home here. There are players here when I joined the club still here, we have had good years, worse years, average years, but they made me feel at home and that’s why I look forward to the future.

‘You always want to win everything but especially the Champions League now, that is the only one missing.’

Ancelotti said of his goalkeeper: ‘I am happy with Petr because he played well every time. I was quiet on the bench with Petr in goal. He is a fantastic professional and a fantastic man. Keep going, well done.’ 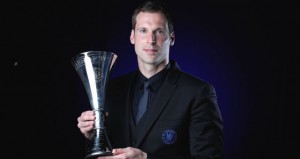 This entry was posted by Ada on 2011/12/12 at 9:06 am, and is filed under English, Sport. Follow any responses to this post through RSS 2.0.Both comments and pings are currently closed.